The TWJ Foundation is delighted to announce the appointment of Ms Emma Stapleton as a new ENT Trustee with effect from 6th December 2021.  Meanwhile Mr David Wright has stepped back from the role of Trustee, but remains President of the TWJ Foundation.

Transfer from the Jobson Foundation

The Trustees are enormously grateful to David Wright and the Jobson Foundation, which has transferred all its remaining assets to the TWJ Foundation.

The Trustees are extremely grateful to the late Mr Robert Malins for a generous legacy, which is especially welcome during the current recession and will help the Foundation to maintain its activities.  Robert Malins had a family connection with TWJ as his sister was married to Pat Jobson, and he had been a very loyal supporter over the years.

The TWJ Foundation is delighted to announce the appointment of three new Trustees with effect from 10th December 2018: 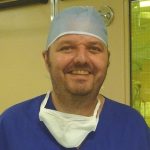 David Pothier, Consultant Otologist at Toronto General Hospital and a previous TWJ Fellow there, has died at the age of forty-four.  He was a remarkably energetic, larger than life character with a passion for endoscopic ear surgery and a great enthusiasm for teaching it.  He ran an innovative multi-disciplinary dizziness clinic, and had a prodigious research output.  He will be sadly missed.  A celebration of his life took place on Wednesday 1st August 2018 at Toronto General Hospital and is available as a webcast here.

Bequest from the Frocester Trust

The Trustees are extremely grateful to the Frocester Trust for a most generous bequest in memory of Charles Wickham-Jones (see below).  The entire assets of the Frocester Trust have been transferred and this will enable the TWJ Foundation to considerably expand its activities.  In recognition and appreciation of this the TWJ Short Fellowships have been re-named “CWJ Short Fellowships”. 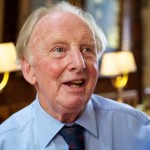 Charles Wickham-Jones, who was a founder and passionate supporter of the TWJ Foundation, has died in Oxford at the age of eighty-nine.  In 1974, working with Patrick Jobson and David Wright, he helped to launch the Foundation which was established by his aunt Mrs Lilian Higgs in memory of her father Thomas Wickham-Jones, a London wharfinger.  For nearly forty years, Charles Wickham-Jones was an active Trustee taking a prominent role in the Foundation’s activities.  A strong supporter of the NHS, he greatly enjoyed interviewing candidates for its Fellowships.  Even in recent years, when ill health prevented him getting to meetings, he followed the work of the Foundation with considerable and sustained interest.

Bequest from the Jobson Foundation

The Trustees are extremely grateful to the Jobson Foundation for a generous bequest which has enabled the TWJ Foundation to significantly expand its activities.

Association with the Graham Fraser Foundation