The TWJ Foundation was registered as a charity on 14th March 1974 through the generosity of Mrs. Lilian Wickham Higgs and her son Thomas. Mrs. Higgs herself was deaf and in recognition of her disability the Foundation was set up in the name of her father Thomas Wickham-Jones (“TWJ”, 1847-1929). His success as a City of London wharfinger was largely instrumental in funding the TWJ Foundation.

Patrick Hunter Jobson, a Consultant in Otorhinolaryngology, who had married one of TWJ’s grand-daughters, became the Foundation’s first Executive Chairman. David Wright, his Consultant colleague, was co-founder and instrumental in arranging overseas Fellowships in the USA, Canada, South Africa and Australia. Pat gave his time and talents unstintingly during the first 20 years when so much was achieved until his death in 1994. Since then his ideals have been continued through his successors David Wright, David Proops and Martin Bailey.

The TWJ Foundation’s specific aim is to help patients with deafness overcome their handicap. To achieve this goal the Foundation offers research and educational grants to otolaryngologists and other related audiological professionals working in the British National Health Service.

The Foundation hopes to generate clinical interest and research  in clinical otology and audiology on a national scale. More than fifty per cent of British otologists have been benefited in some way from having a TWJ grant and it is the aim of the Foundation to continue to reach as many young otologists in training as possible from all parts of the British Isles.

The TWJ Foundation celebrated its 25th Anniversary in 1979 and its 40th Anniversary in 2014 by holding dinners in the Skinners’ Hall in the City of London, which were attended by many of the 180 previous TWJ Fellows who had received a major grant.

So far the Trustees have distributed close to one million pounds on major fellowships and other grants to consultants, trainees, audiologists, audiometricians and hearing therapists during more than 40 years of TWJ activity.

Trainees now recognise that to hold a TWJ Fellowship is an achievement to be proud of and that this privileged work experience in a major international academic department often leads to a future career in otology.

Understandably the major educational grants to trainees make up the larger part of our awards each year, but the Trustees have given their support to many other aspects of otology and audiology in order to achieve the Foundation’s aim:

The Trustees are well aware that the TWJ Foundation could not have succeeded without the help and goodwill of many colleagues and friends:

President & Co-Founder of the TWJ Foundation 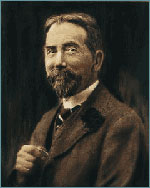